Skip to content
El Museo del Barrio will open its doors to two new exhibitions this fall: Popular Painters and Other Visionaries and En Foco: The New York Puerto Rican Experience, 1973–74. Expanding on last year’s virtual presentation, Popular Painters and Other Visionaries examines the practices of 42 artists working on the margins of modernism and the mainstream art world in different parts of the Americas around the mid-20th century. Concurrently, El Museo will present En Foco: The New York Puerto Rican Experience, 1973–74, which centers on a single portfolio of 79 photographs by the Bronx-based photographic collective, En Foco. Opening simultaneously, both shows are organized by El Museo’s curatorial department and reflect core values of the institution from its formative Nuyorican formative roots to its continued commitment to expand the art historical canon in the Americas. Each will be accompanied by fully illustrated catalogues, forthcoming in Winter 2021.

“Driven by new research into El Museo del Barrio’s expansive Permanent Collections, these two exhibitions reflect on the ongoing commitment of El Museo with both its immediate context and the wider diasporas throughout the Americas,” said Executive Director Patrick Charpenel

POPULAR PAINTERS & OTHER VISIONARIES
Popular Painters and Other Visionaries examines the practices of 42 artists working on the margins of modernism and the mainstream art world throughout the Americas around the mid-20th century. The exhibition creates new dialogues between Latino and Latin American artists, with an emphasis on the US, the Caribbean, and South America and the African diaspora in these regions. The term popular painters is used to identify artists that because of their class or racial backgrounds have been marginalized from official art history and labeled with pejorative terms such as naive and primitive.
“Diasporic experiences are shared by the artists featured in the show—whether as African populations in the New World, Latin American and Caribbean people in the United States, or in reference to the displacement of Amerindian populations within their own territories,” says Moura.
First presented as a virtual exhibition during the first months of the global pandemic, this new version of the show presented in the galleries will feature over 100 works, with more than half drawn from El Museo’s Permanent Collection. The checklist is supplemented with loans from other institutional collections, including The Museum of Modern Art and the American Folk Art Museum and Museu de Arte de São Paulo,as well as works from private holdings never presented before in New York. 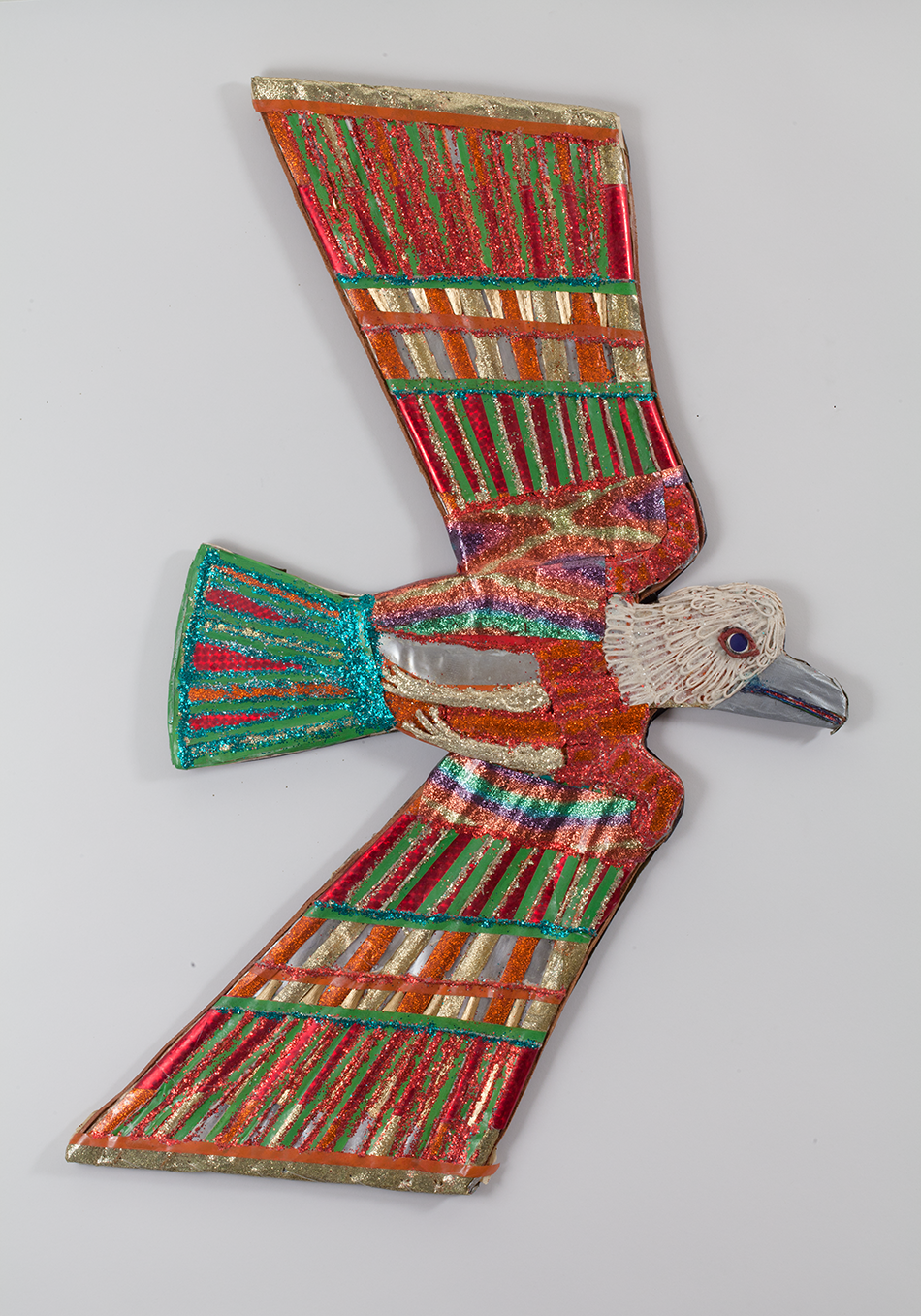 The exhibition is grouped in four thematic sections. “Inside/Outside” explores the hybrid influence of European genre painting and popular culture in the work of Black Modernists such as Horace Pippin, Heitor dos Prazeres, and Micius Stéphane, among others. “Visible/Invisible” focus on the influence of spirituality and Afro-Atlantic religions, including paintings by Benoît Rigaud and Louisiane Saint Fleurant, works on paper by Minnie Evans and Consuelo González Amézcua, sculptures by Chico Tabibuia, and beadwork by Antoine Oleyant. “Utopias in the Margins” showcases the interest for vernacular architecture and the representation of communal landscapes, including a large group of serigraphs by Manuel Hernández Acevedo and in-depth presentations by Préfète Duffaut and Asilia Guillén. “Restless Bodies” presents a mix of human and animal figurative works, focusing on Latinx pioneers such as Felipe Jesús Consalvos, Gregorio Marzán, and Eloy Blanco.
An accompanying scholarly, 200-page catalog will be published, including essays by the curators, reproduction of works in the exhibition, and commissioned close-reading short-essays on selected artworks.
EN FOCO: THE NEW YORK PUERTO RICAN EXPERIENCE, 1973-74
Concurrently, El Museo will present En Foco: The New York Puerto Rican Experience, 1973–74. The exhibition centers on a single portfolio of 79 photographs by founding members of the Bronx-based collective, Charles Biasiny-Rivera, Roger Cabán, and Felipe Dante, who each focus on the themes of Education, Small Business, and Labor. The images offer a rich visual testament of New York’s Puerto Rican population, with community members photographing their own lived reality. Donated to El Museo del Barrio by En Foco in 1976, this exhibition marks the first time the portfolio is exhibited in full since 1979.
“In presenting the portfolio in full for the first time in decades, new generations of museum-goers will have in depth access to this foundational body of photographs, states Temkin. “In addition to offering a depiction of greater New York’s Puerto Rican community from more than a half century ago, the images coincide with El Museo’s early history, and the Nuyorican vanguard.”
In addition to the complete selection of photographs, the show is supplemented with posters, exhibition catalogues, and other ephemera related to En Foco’s historical engagement with El Museo del Barrio. A photo-book will be published including reproductions of all images in the portfolio, archival materials, a new scholarly essay commissioned and historical texts.
Popular Painters and Other Visionaries ~ En Foco: The New York Puerto Rican Experience, 1973-74 will be on view from November 12, 2021 to February 27, 2022.
SPONSORS
Popular Painters & Other Visionaries is generously supported by Tony Bechara. Additional support provided by the New York City Department of Cultural Affairs. En Foco: The New York Puerto Rican Experience, 1973–74 is made possible by the New York State Council on the Arts with the support of the Office of the Governor, the New York State Legislature, and New York State Senator José M. Serrano.
ABOUT EL MUSEO DEL BARRIO
El Museo del Barrio, founded by a coalition of Puerto Rican educators, artists, and activists, is the nation’s leading Latino and Latin American cultural institution. The Museum welcomes visitors of all backgrounds to discover the artistic landscape of these communities through its extensive Permanent Collection, varied exhibitions and publications, bilingual public programs, educational activities, festivals, and special events.
The Museum is located at 1230 Fifth Avenue at 104th Street in New York City. The Museum is open Fridays, Saturdays and Sundays from 11:00am – 5:00pm. Pay-what-you-wish. To connect with El Museo via Social Media, follow us on Facebook, Instagram and Twitter.