The dates for the exhibition Jean-Michel Basquiat: King Pleasure have been announced. Featuring over 200 never before and rarely seen paintings, drawing, ephemera and artifacts, this celebration of Basquiat’s life will open on April 9, 2022 at the NYC Landmark Starrett-Lehigh Building.

Presale tickets for this exhibition will be available beginning December 22nd. Add your name to the mailing list. 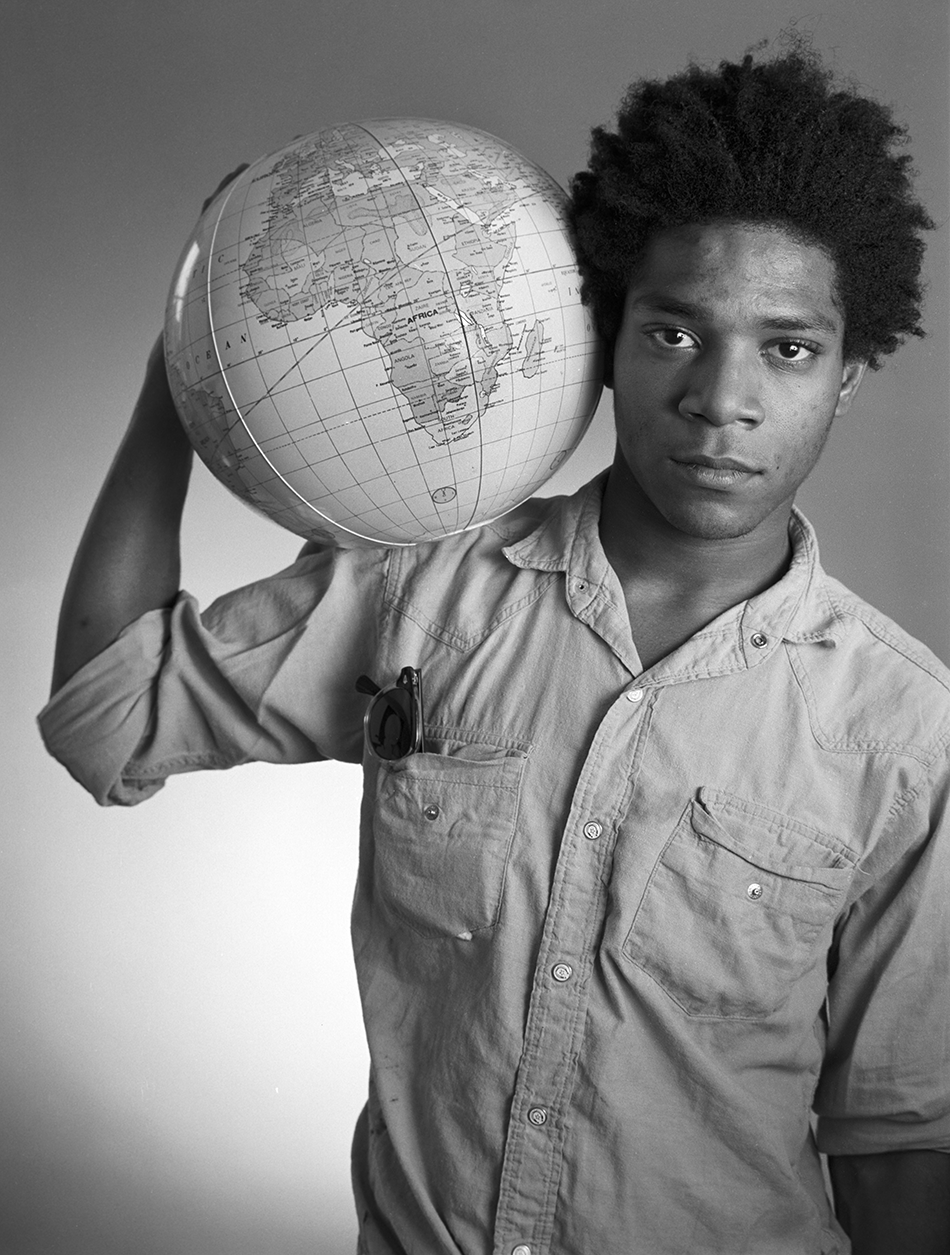 Jean-Michel Basquiat: King Pleasure is a deeply personal exhibition created by the Basquiat family, with the exhibition designed by acclaimed architect Sir David Adjaye OBE ~ the architect for the Smithsonian National Museum of African American History in Washington, D.C. and the Studio Museum in Harlem to name just a few.

The exhibition’s identity has been created by Abbott Miller of visionary design firm Pentagram. He has previously collaborated with cultural clients including the Guggenheim Museum, the Art Institute of Chicago, and the Metropolitan Museum. Rizzoli Electa will release the accompanying book, also titled Jean-Michel Basquiat: King Pleasure©, to coincide with the exhibition.

Here is a glimpse into each:

1960 – INTRODUCTION– This section of the exhibition introduces audiences to Jean-Michel, his family and his heritage with several self-portraits on display.

IDEAL – 57 Great Jones Street Studio (August 1983) Studio Recreation– Jean-Michel’s Great Jones Street studio will be recreated and include paintings, drawings, sketches, personal effects, his furniture, bicycle (his main method of transportation since he had trouble catching a cab), and his videotape and book collections.

ART GALLERY– This section will consist of several thematically arranged galleries with approximately 100 paintings and drawings. All works are owned by the Estate and most of them have never been seen before.

PALLADIUM– In 1985, Jean-Michel created two paintings, Nu-Nile and Untitled, for iconic NYC nightclub Palladium’s VIP area, the Michael Todd Room. The exhibition will recreate this space including video and soundtrack.

PLACE JEAN-MICHEL BASQUIAT– This gallery will contain oral histories from members of Jean-Michel’s family and a close circle of friends as well as posthumous awards and exhibitions.

Global media- company VICE joined the family as a participating sponsor for the exhibition. In addition, VICE will host an Instagram Live conversation with Jean-Michel’s sisters, Lisane Basquiat and Jeanine Heriveaux on December 15, 2022 at 5:30 PM ET on their Instagram @VICE. Jeanine and Lisane will be joining from @BasquiatKingPleasure and @JeanMichelBasquiatEstate . The conversation will give insight into the exhibition, how Jeanine and Lisane put it together, and why it was important for them to create a space where they honor Jean-Michel and celebrate his work with everyone. VICE’s inclusive and global platform is an ideal place to share this conversation. They join Spotify and Phillips as the initial participating sponsor of Jean-Michel Basquiat: King Pleasure©.

Looking back at Basquiat’s Defacement: The Untold Story at The Guggenheim in 2019.

Zeitgeist: The Art Scene of Teenage Basquiat at Howl! Happening.

The Brooklyn Museum of Art exhibited Maezawa, the $110.5 million Basquiat!

Looking forward to #SamoLives, a Jean-Michel Basquiat biopic staring Kevin Harrison will begin shooting in the Fall of 2022.